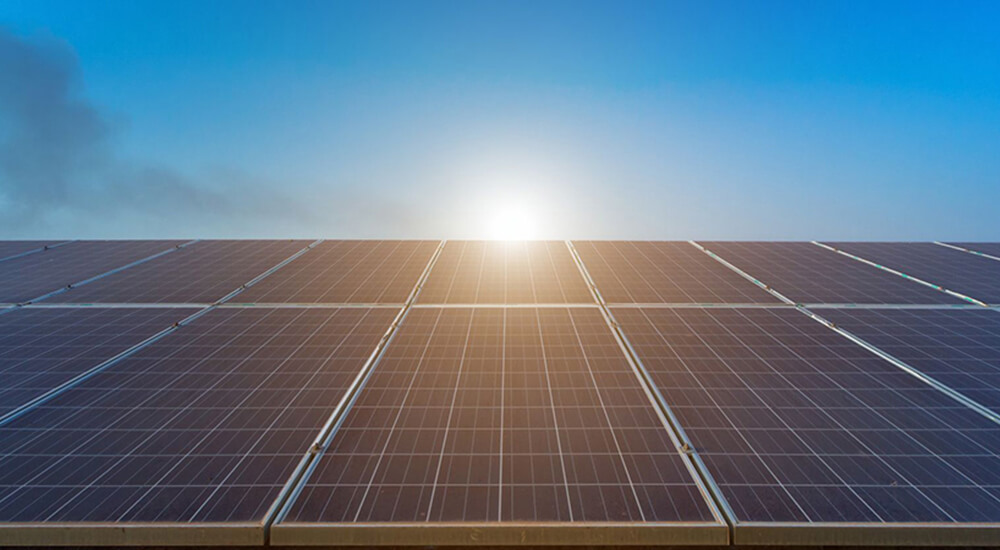 Solar panels consist of a layer of silicon cells, a metal frame, a glass casing surrounded by a special film, and wiring.  For getting the maximum production from the solar panels, they are grouped together next to each other to form “arrays” (an ordered series) and can then be installed on rooftops or in large outdoor spaces.  The solar cells, which are also referred to as photovoltaic cells or PV cells, absorb sunlight during the day to convert solar energy into consumable power. When sunlight strikes a photovoltaic solar cell, it causes the solar cell to be energized and the power that is generated is called Direct Current which then needs to be converted into Alternating Current in order to be able to use it for powering your appliances. Once this solar energy absorbed by the solar panels has been converted from DC to AC electricity, it can be distributed within the home to power your appliances. It works exactly the same way as the electrical power generated through the grid by your electricity provider, so nothing within the home needs to change. This is the basic way a grid-connected solar power system works as you stay connected to the grid while benefitting from the installed solar power system. Since you still remain connected to the grid, you can automatically draw additional electricity to supplement any solar shortages from the grid especially during the absence of sunlight when your system is unable to produce any power.

Incentives to go solar in Australia

There are many financial benefits of going solar in addition to the positive impact this source of power has on our environment. There are various financial incentives offered by the Government of Australia through the Small-scale Renewable Energy Scheme, where you are issued with tradable certificates for eligible solar PV systems. Through this initiation of the government, installing solar panels has become very affordable over the recent years. The Queensland Government’s regional feed-in tariff pays eligible customers for electricity generated and exported to the grid from their solar PV system. So not only can you generate your own power through the installation of a solar PV system but you can also earn credit for all the excess power your system generates and you end up not consuming.

Why installing a Solar Battery is a Smart Choice