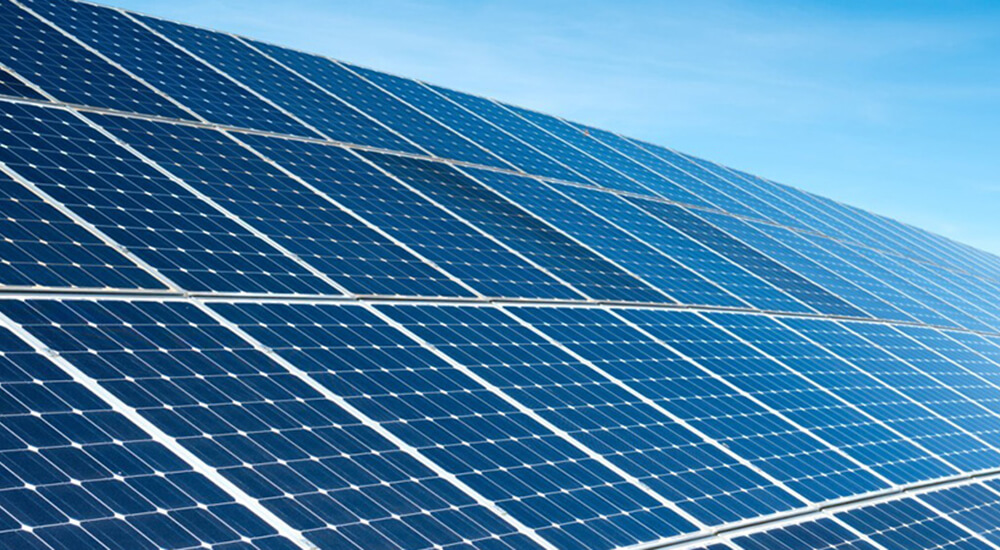 Solar PV systems are one of the most useful technologies in the market promising a cleaner and greener future as a larger population turns to a sustainable energy source with the help of solar PV panels. Photovoltaic (PV) devices generate electricity directly from the sun via an electronic process that occurs naturally in certain types of material called semiconductors. Electrons in these materials are freed by solar energy derived from the sun and can be induced to travel through an electrical circuit, powering electrical devices or sending electricity to the grid.

Solar PV panels can be used to power a wide range of appliances, from small electronics such as calculators and road signs to powering homes and large commercial businesses.

Solar PV panels are able to generate electricity with the help of the following process. Photons which are particles of light, strike and ionize semiconductor material on the solar panel, causing outer electrons to break free of their atomic bonds. Due to the semiconductor structure, the electrons are forced in one direction creating a flow of electrical current. Solar cells are not 100% efficient in crystalline silicon solar cells, in part because only certain light within the spectrum can be absorbed. Some of the light spectrum is reflected, some is too weak to create electricity (infrared) and some (ultraviolet) creates heat energy instead of electricity.

In other words, a solar PV panel works by allowing photons, or particles of light, to knock electrons free from atoms, generating a flow of electricity. Solar panels actually comprise many, smaller units called photovoltaic cells. Photovoltaic simply means they convert sunlight into electricity. Many cells linked together make up a solar panel.

Among all the benefits of installing a solar PV system, the most important thing is that solar energy is a truly renewable energy source. It can be harnessed in all areas of the world and is available every day. We cannot run out of solar energy, unlike the non-renewable sources of energy which are also harmful to the environment. Solar energy will be accessible as long as we have the sun, which is an abundant source of power.

Technology in the solar power industry is constantly advancing and improvements will intensify in the future. Innovations in the field of solar technology can potentially increase the effectiveness of solar panels and double, or even triple, the electrical output of the solar power systems.

Contact Austra Solar for a free quote on your very own Solar PV system and start saving!

Are solar batteries right for you?

Guide to installing the best solar powered system for your home

Things to consider when purchasing a solar battery